Let us introduce YA Author Rendezvous – a group of independent Young Adult, Middle Grade and Children’s Book authors who have banded together to bring their stories to as wide an audience as possible. Visit them online and find some great reads!
Website | Twitter | Pinterest | Instagram | Facebook
—
Today we’re featuring YA Author Rendezvous author, Bethany Wicker!
Favorite YAAR Supporting Characters
Everyone gets to know and fall in love with the MC, or Main Character. I, however, tend to fall for supporting characters. In our group YAAR, short for Young Adult Author Rendezvous, there are several great characters to choose from, but I’d like to talk about a few of my favorites.
We’ll start with Unexpected Alpha, by Bethany Wicker (yours truly.) I’m in love with Marie, the best friend of the MC. She provides comedic relief. I may be biased because she’s based off my best friend in real life, Mariah, but her bubbliness is hard to hate. She also becomes a badass werewolf when necessary.
Next up, The Institute Series by Kayla Howarth. I’m SO IN LOVE WITH DREW! Sorry, went a little fan girl. He betrays Allira in the beginning, but fights so hard to make things right throughout the series that Kayla made it had to not fall for him. Who doesn’t love a bad guy who tries to make things right in the end?
Then, there’s Joshua’s Island by Patrick Hodges. Who doesn’t love Kelsey? Sure, she gets her own novel in Ethan’s Secret, but before that she was a supporting character. She was so hardcore, stood up to the bullies, and stood for what’s right. She helps Joshua in so many ways to develop the courage he needs to stand up for himself.
The Awaken Series, by Michelle Bryan has several intriguing characters: Finn, Po, Tater, and my favorite, Jax. He’s SO ATTRACTIVE, hold on, need to shift away from fan girl mode. He comes to Tara’s aid when you least expect it and continues to help her on her journey. His snide comments are a bonus and there’s no instant love between them, which always ruins a good story.
Dawn of the Rebellion, by Michelle Lynn is up next with Drew. Yes, another Drew. I swear it isn’t the name! Drew’s originally Gabby’s boyfriend, but when she’s taken, Dawn and Drew set out to rescue her. Their relationship blossoms slowly and you see his true character come to life, and it’s very desirable. I’m not going to spoil anything but I cried at the end… read and see why.
Lastly, there’s Rise of the Shadow Seekers, by Korey Ward. My favorite of the trio is Nelson. I loved him from the moment he was introduced. He defended Alex from the bullies, but his looks scream otherwise. He’s broad and intimidating, but doesn’t use it for his own gain. Instead, he helps Alex in his quest and quickly becomes one of his first friends. A friend that anyone would want.
There are plenty characters out there that I didn’t have enough room to give credit to, but check them out in the YAAR library and be on the lookout for those enchanting supporting characters.
— Bethany Wicker resides in Louisiana and is a pediatric nurse who loves to read and write any chance she gets. Her sun conure, Apollo, green cheek conure, Rocket, and her two dogs, Jasper and Drake, usually keep her company while she writes, throwing in ideas of their own. She has a loving husband, Lucien, and an amazing family who support her passion for writing. Her inspiration comes from her friend Mariah and the support from her fellow authors from YA Author Rendezvous. She loves young adult fiction of all sorts and thanks God for giving her the strength to finish novels of her own. She is obsessed with Disney, Cherry Coke, and White Chocolate Mochas, especially from Starbucks. She also loves food and is always excited to try new things.
Facebook | Twitter | Goodreads

For more YA Author Rendezvous Authors, visit their website! 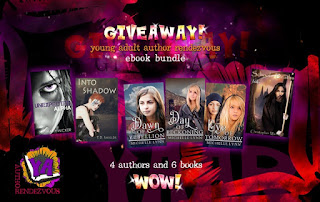 Into Shadow by T.D. Shields;
Dawn of rebellion trillogy by Michelle Lynn
and School of Deaths by Christoper Mannino 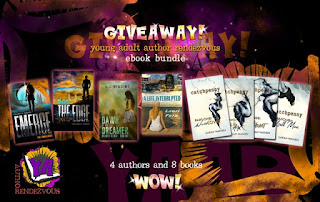 Emerge series by Melissa A. Craven,
Sawn of the Dreamer by L. J. Higgins,
A Life Interrupted by Lauri Fern,
Catchpenny series by Sarah Wathen 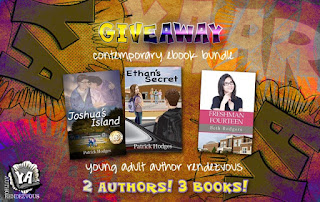 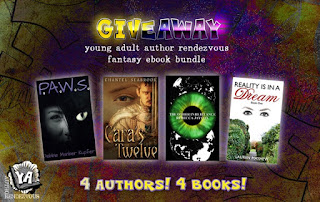 P.A.W.S. by Debbie Marber Kupfer,
Cara’s Twelve by Chantel Seabrook,
The Other Inheritance by Rebecca Jaycox,
Reality is in a Dream by Lauren Mayhew 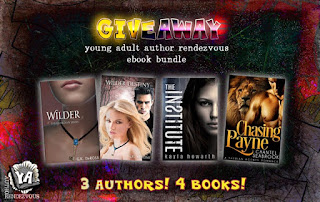 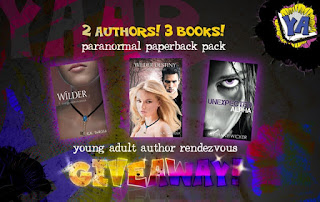 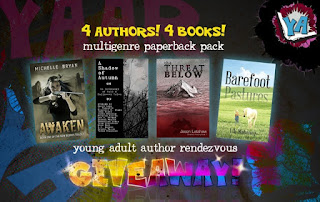 Awaken by Michelle Bryan,
A Shadow of Autumn, Anthology of Fall and Halloween Tales, The Threat Below by Jason Latshaw,
Barefoot Pastures by Lili Mahoney 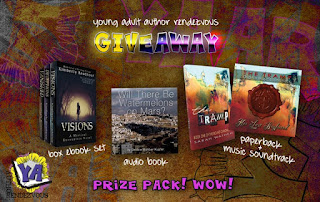 Visions box set by Kimberly Readnour,
Will there be Watermelons on Mars audiobook by Debbie Marber Kupfer,
The Tramp, paperback and music soundtrack by Sarah Wathen