In high school, Sam Pennywell had a massive crush on Rick Russo. But he was her cousin’s boyfriend and strictly off-limits. Meeting Rick again years later, she can hardly recognize the man he’s become.
As a paramedic, Rick’s career is all about helping others. But in the line of duty, he’s become one of the injured. He’s caught in a dark place he can’t escape on his own. He can’t make Sam any promises of love. Promises are too easily broken.
Sam spends her life taking care of sick and homeless animals. She’s never met a stray she didn’t love, and Rick is the most important rescue she’ll ever make.

Goodreads | Amazon | Kobo | iBooks | All Romance
Only 99 cents until the end of January!
— When she got to the kitchen, Sam remembered she’d used the antiseptic cream last night when she cut her finger on a cat-food can. She’d forgotten to return the tube to the bathroom. There it lay, right on the kitchen counter where she’d left it.
Rick would need this. She picked up the ointment and carried it to the downstairs bathroom with Blackberry at her heels. She only intended to tap on the door and quickly hand him the medicine. But Rick hadn’t bothered to close the door. He’d taken off his shirt, and the sight of him without it stopped Sam in her tracks.
He didn’t notice her at first as he rubbed a soapy washcloth on his chest. And, God, what a chest. As impressive as it was clothed, naked it was…amazing. His shoulders were broad and sturdy. The smooth muscles of his chest, covered lightly with dark hair, tapered down to a tight belly. His skin was a light golden color. For a moment Sam forgot to breathe as she imagined how warm and supple it would feel to her touch.
Those thoughts fled when Rick lifted the washcloth to reveal the wicked red streaks left by Big Boy’s claws. Even through a hoodie and T-shirt, the cat had managed to gouge Rick’s left nipple.
She sucked in a startled breath. His gaze flew to her.
“It’s not that bad,” he assured her.
“It looks really painful.” She remembered the ointment in her hand and held it out to him. “I brought you this.”
“Thanks.” He fumbled for a moment with the washcloth, then laid it in the sink. He reached for the towel hanging on the rack.
She stopped him. “Let me get a clean one.”
She took a fresh towel from the linen cabinet and gently blotted his wound.
“I’ll get it bloody,” he murmured.
“Shush. Doesn’t matter.” Sam winced as she gently patted the towel against his flat, copper-colored nipple.
The cat, who’d been circling their feet, hopped to the closed toilet seat, and watched them with wide eyes.
Rick gave Blackberry a look. “‘S’up, you little snoop?”
Without thinking, Sam took the tube from his hand, squeezed a blob of ointment onto her finger, and dabbed it along the raw, red marks on his chest. Concentrating on her task, it wasn’t until she smoothed it on his nipple that she realized she was touching him. She hesitated as a wave of heat flashed through her and a film of perspiration popped out on her hairline. She felt him watching her but was afraid to meet his eyes. Her heart beat a tom-tom in her ears.
His skin felt so warm under her touch. Her fingers tingled. Suddenly she was aware of how close they were. She only needed a half step more to be in his arms…
She lifted her gaze and found herself staring into his deep brown eyes, unable to break the connection between them. He covered her hand, pressing it to his chest. To his heart. 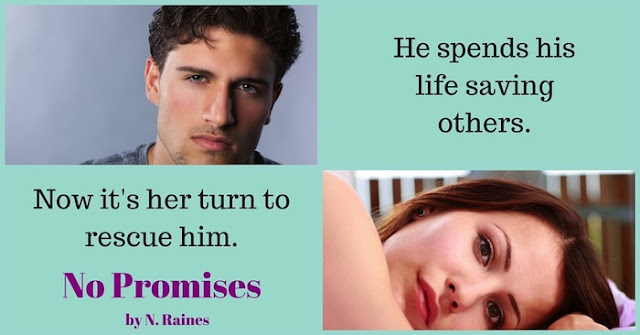