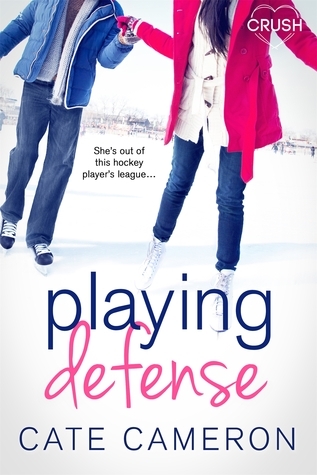 She’s out of his league…


This Entangled Teen Crush book contains adult language, swoon-worthy kisses, and sexy hockey players. It may cause you to watch a hockey game…or ten.

Sixteen-year-old Claudia Waring has never kissed a boy. Never been popular. Never been to a hockey game. All that’s about to change. Assigned to tutor Chris Winslow, a prank-loving, gorgeous hockey player, Claudia’s perfectly planned life immediately veers off course. And she kind of likes it. But as fun as Chris is, she knows she'll never fit in his world.

After his latest prank lands him in hot water, Chris has to get serious about school or lose hockey. Not an easy thing for someone as carefree as the defenseman. The biggest problem, though, is how much he wants to help his cute, buttoned-up tutor loosen up a little. But while confidence has never been a problem for him, around Claudia, Chris is all nerves. Why would a girl as smart as her ever fall for a jock like him?
Goodreads | Amazon | Barnes&Noble

Read an excerpt from Playing Defense!
And then he walked me to chemistry class, and as we were heading for our respective seats he said, “Do you want to come sit with us? Or could I sit with you?” He must have seen something strange in my expression because he was quick to add, “So I can ask you questions when we’re working on stuff. You’re my tutor all the time, right, not just at lunch?”
“I’m not sitting back there.” I sounded like a stubborn little kid, but inside I was more like a scared little kid. There was no way I was just going to waltz back to the popular kids’ area, not with a classroom of other students who’d see them laugh at me.
Chris didn’t seem to understand my concern. “Is it cool if I sit up here, then?”
It wasn’t like I could say no. Wasn’t like I wanted to. “Is there an extra stool?”
“I’ll find one,” he promised. He grinned at me, set his books on the long table beside mine, and then turned to look for a free stool.
Oliver gave me a look. “What the hell?” he mouthed. Then Chris turned around, holding a heavy metal stool as if it weighed nothing, and Oliver gave his demented flight attendant smile and said, “Hi! Welcome to our seating area!”
“It’s nice to be here,” Chris said with nearly matching enthusiasm. “Thanks so much for having me!”
Well, Oliver was not going to be outperformed. “I really hope you enjoy your visit. If there’s anything I can do to make your time with us more pleasant, you be sure to let me know.”
Chris shook his head in amazement. “I thought it was just a stereotype,” he said to me. “But it’s true. Front-of-the-room people really are super friendly.”
Oliver had begun to bristle at the word “stereotype,” but by the time Chris was done talking Oliver was looking less offended, more intrigued. “Do you want to know what they say about back-of-the-room people?” he asked quietly, daring Chris to keep going with their strange game.
Chris shrugged. “Back is whack?” he suggested.
“Back’s off track?” I tried.
“Back will attack?”
“Back’s sharp as a tack?”
Oliver frowned at both of us. “Did I say it rhymed? Did I say anything about ‘do you want to hear the rhyme about back-of-the-room people?’”
“It doesn’t rhyme?” Chris said. “Damn.” He shook his head regretfully. “You know, if it doesn’t rhyme, I don’t think I do want to hear it. Sorry. I’ve got my standards.”
The class started then, Mr. Anderson circulating to check our homework. When he got to us he said, “New seat, Mr. Winslow?”
“I needed to be near my smart friends,” Chris said calmly. “The back don’t know jack.” Mr. Anderson just gave him a strange look and moved on. 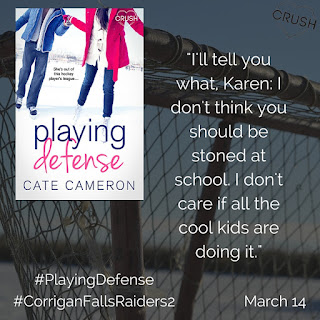 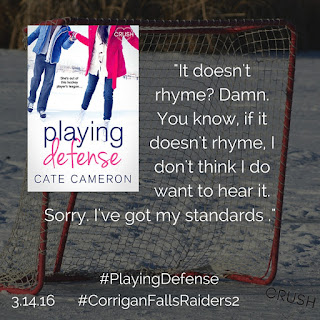 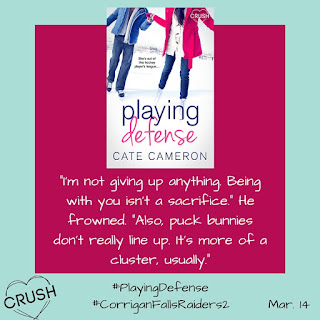 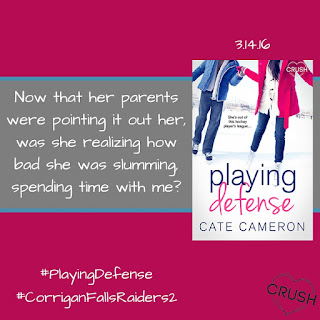 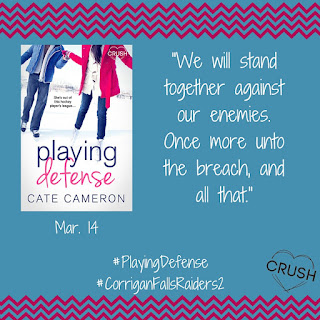 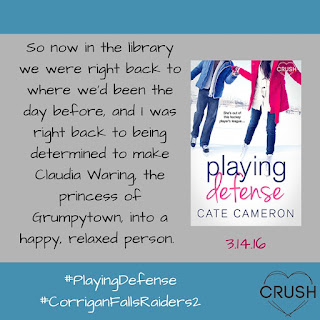 Cate Cameron grew up in the city but moved to the country in her mid-twenties and isn’t looking back. Most of her writing deals with people living and loving in small towns or right out in the sticks—when there aren’t entertainment options on every corner, other people get a lot more  interesting!
She likes to write stories about real people struggling with real issues. YA, NA, or contemporary  romance, her books are connected by their emphasis on subtle humor and characters who are trying to do the right thing, even when it would be a lot easier to do something wrong.
Website |Blog |Twitter |Facebook | Goodreads